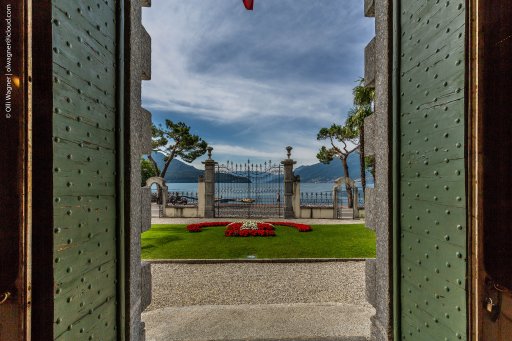 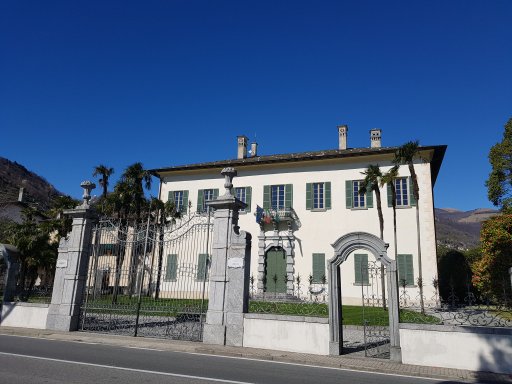 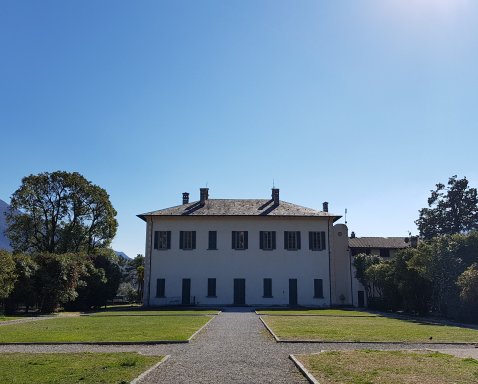 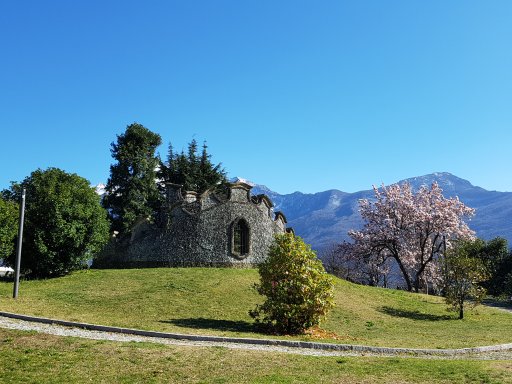 Villa Camilla is the current seat of the Town Hall of Domaso, and is located on the lakeside at the edge of the historic centre of the town, separated from the lake by the Regina state road.
The villa was built at the beginning of the 17th century as the residence of the noble Ghezzi family. It was later sold to Count Filippo Antonio Calderara, who financed the works to extend and enlarge the building and garden. After his death, the property was inherited by his grandson Bartolomeo who lived with his wife  Vittoria Peluso at Villa d’Este in Cernobbio and decided to use Villa Camilla as a country home. After Bartolomeo’s death, his wife took possession of the villa and sold it a few decades later to the Lampugnani family, who kept it until they fell victim to economic difficulties and had to resell it. The new owners were English, Samuel Hill and his wife Emma, who are now buried in the town’s cemetery. In 1903, the villa was purchased by Count Giuseppe Sebregondi, who had some decorative and extension works carried out and gave the villa its present name, in honour of his first wife, Countess Camilla Barbiano di Belgioioso.
In 1955, the complex was sold by the Count’s children to the Municipality of Domaso, and it became the seat of the town hall.
Villa Camilla, in a purely neoclassical style, has a rectangular layout developing on two floors, and an imposing 18th century entrance gate. The nearby buildings were once also part of the property, such as the old rustic farmhouse with press, the cellar and icehouse to the north, and an annex, now used for private purposes, to the west.
The south façade is characterised by a granite entrance door with a stone balcony on top. The ground floor consists of a large atrium and some rooms decorated in neoclassical style. A stairway leads to the upper floor with different rooms arranged around a central hall, which preserves a stone fireplace. In the hall overlooking the garden you can admire the coats of arms of some families who had relations with the owners of the property.
Villa Camilla’s pride and joy is the garden of about 8000 square meters which preserves artificial grottos in tuff and numerous plant species including strains of camellias, cedars, larches, sequoias, palms, magnolias, camphor trees and more.
Today the villa frequently hosts cultural events such as exhibitions, concerts and folklore events.