From Rezzonico to Menaggio

From Rezzonico to Menaggio 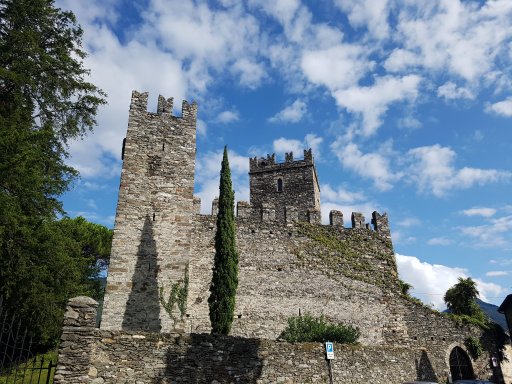 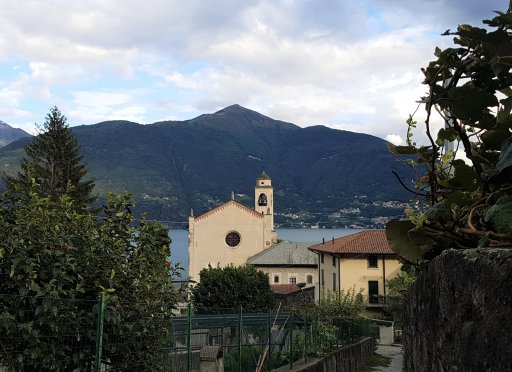 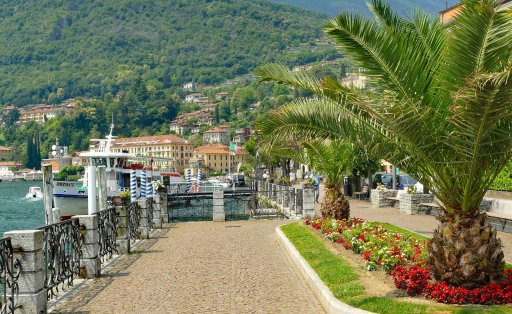 How to get there
How to get to Rezzonico by car from the Alto Lario: take the SS340 Regina state road in the direction of Menaggio until you reach Rezzonico, turn left towards the village just before the tunnel, and leave your car in the large car park on the left.
You can also reach Rezzonico by bus, with the C10 Como-Menaggio-Colico Line operated by the ASF Autolinee Bus Service (San Siro stop-intersection for the village).

The Antica Strada Regina (Ancient Regina Road) has existed since Roman times and for centuries has been the link between the south and north of the Alps. This pleasant hike follows a well-preserved stretch of the ancient road, which leads from the historic centre of Rezzonico to Nobiallo, and ends in the town of Menaggio.

Route
From the car park, head towards the castle and go down the steps leading to the porticoes of the picturesque pier. Climb up from the riverbank and cross the abandoned state road to take a cobblestone path. Travel along the mule track, pass alongside the “Castellaccio”, which is all that remains of a medieval tower, and continue along the Antica Strada between small patches and edges of the wall until you arrive at the high hamlets of Santa Maria. Walk past the carriage road until you get to the oratory, continue straight and then go uphill to the right, crossing the asphalt road twice. Cross the small bridge over the Cellino torrent and pass through the centre of Mastena. Turn right and take the mule track that ends at the beginning of the cobblestone road that connects Molvedo with Acquaseria. Walk along the entire cobblestone road, continuing straight until Via Regina Margherita, take this road to the Church of S. Abbondio. Walk through the town of Acquaseria and then cross the bridge over the Serio river. Enter into the woods on a dirt track, which descends abruptly at the entrance of a tunnel. Walk for 30 m on the abandoned road that runs along the lake and then for another 10 m on the edge of the Regina State Road (proceed with caution) until you reach the opening of a second tunnel. Turn left and walk along another section of the abandoned road. Go right up a steep cobblestone road and continue in a southerly direction, passing by a modern residence. From the track, you can look down over the Villa La Gaeta, a residence in the shape of a medieval-Renaissance castle where some scenes for the movie “007-Casino Royale” were shot.
Continue along the slopes of the Sasso Rancio, a large, impervious rock overlooking the lake, which forces travellers to make a difficult climb. Go down the steps to the Sanctuary of Madonna della Pace, which is located in a panoramic position. Cross the ancient Ponte della Madonna until you reach Nobiallo, a typical fishing village filled with alleys sloping down towards the lake. Skirt around the Parish Church of SS. Bartolomeo e Nicola and continue until you reach the state road, proceed along the sidewalk on the right side of the road. Before the tunnel, cross the road and take the bike/pedestrian path that runs alongside the Lake. Continue walking along the pavement of the state road for 130 m, turn left into Via Cipressi and then into Via Roma, until you arrive at Lido di Menaggio. Follow the lakeside promenade to Piazza Garibaldi, the heart of Menaggio.