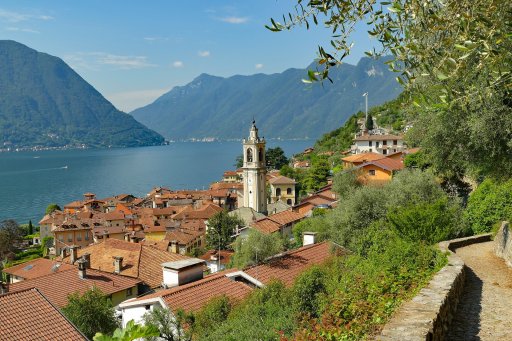 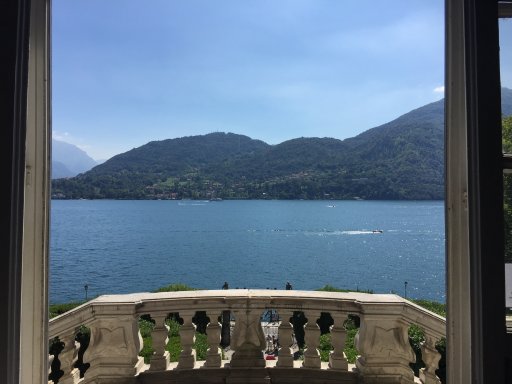 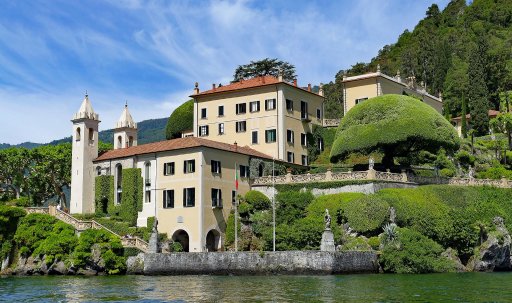 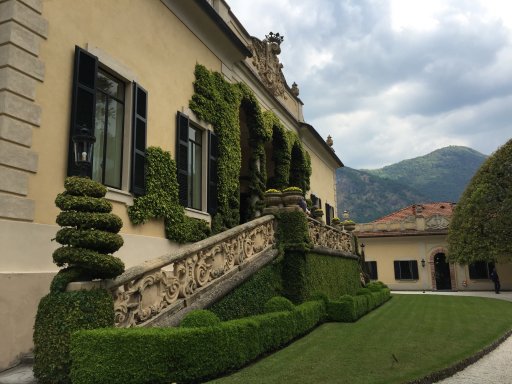 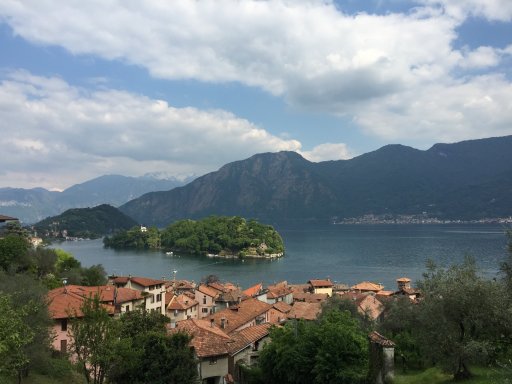 Tremezzina is one of the most extended cities of the Mid-Lake area. Rich in history, art and culture, it offers beautiful and suggestive panoramas and attractions: the Comacina island (the only one of Lake Como), the fascinating Villa Balbianello, the luxuriant gardens of Villa Carlotta, the Sacred Mountain of Ossuccio (UNESCO heritage site) and the Greenway of Lake Como (a pleasant walk that follows traces of the “Antica Strada Regina”).
Tremezzina was established in 2014 after the fusion of the four pre-existing cities of Ossuccio, Lenno, Mezzegra, and Tremezzo characterized by the presence of churches in Romanesque and Baroque style, wonderful villas, botanic gardens and panoramic lakefront walks.

Villa Carlotta
Villa Carlotta is a place of rare beauty, where masterpieces of nature and art live together in perfect harmony in over 70.000 square metres of gardens and museum. The beautiful villa was built at the end of XVII century in a natural basin between lake and mountains. The architect created for the Clericis an important but sober building, with an Italian garden decorated with sculptures, stairs and fountains. In 1801 Gian Battista Sommariva, famous politician, businessman and patron of arts, bought the villa. Thanks to him, the villa attained the summit of its splendour and became one of the most important halting-place of the Grand Tour with its collection of art (masterpieces of Canova, Thorvaldsen and Hayez) and its fascinating romantic garden. In the second half of the century Princess Marianne of Nassau bought the villa and gave it as a present to her daughter Carlotta in occasion of her wedding. Her husband was passionate about botany and made a lot of improvements and new additions to the park that became more famous for its botanical richness and the rhododendrons’ and azaleas spring flowering.

Villa del Balbianello
The Villa offers a wide panorama, which makes it one of the most spectacular estates in the area.
The construction of the building was commissioned by Cardinal Durini, a scholar and patron of the arts, who, at the end of the 18th century, saw this peaceful corner as the ideal venue for exclusive literary retreats.
Villa del Balbianello was brought back to its original vocation in modern times, when Guido Monzino, entrepreneur, collector and passionate traveler, chose it to preserve the memories of his adventures, which include being the first Italian to climb Mount Everest, with impeccable order and exquisite taste.
Maps, travel tools, books, furniture items, as well as precious and peculiar collections of ancient and primitive art objects, evoke the life and deeds of their owner: everything is still arranged according to his will, including the relics and souvenirs of his mountaineering exploits displayed in the fascinating Museum of Expeditions.
In accordance to his wishes, FAI has been managing the Villa since 1988, preserving its spirit and taking care of its magnificent garden. Trees pruned into unusual shapes, romantic views, avenues lined with statues, panoramic terraces and abundant blooms surround an ascending path leading to the 18th century Loggia Durini, which crowns the whole Balbianello complex and offers the visitors two different panoramas of the Lake.
The beauties of Villa del Balbianello, which is also accessible by water, led many Hollywood directors to pick it as the filming location for several movie series, such as Star Wars and 007.

Sacro Monte di Ossuccio
Declared a World Heritage Site in 2003, the Sacred Mountain of Ossuccio is a way that climbs to the Sanctuary of the Beata Vergine del Soccorso winding on the flank of the Perlana Valley.
A series of frescoed chapels, decorated with statues and stuccoes by the Intelvese School, are placed along the way. These small temples dedicated to the Mysteries of the Rosary, were built between 1635 and 1714.
The Sanctuary of the Beata Vergine del Soccorso, which dominates the charming basin of the Comacina Island and the Tremezzina, houses prestigious frescoes and stuccoes, as well as a 14th century Our Lady with Child by the Campionesi Masters.

The Lake Como Greenway
Unwind in the spectacular Lake Como landscape, the Greenway is a pleasant walk 6 miles (10 Km) long hike with plenty to see along the way in each season.
Passing through the towns of Colonno, Sala Comacina, Ossuccio, Lenno, Mezzegra, Tremezzo and Griante, walkers will find something to explore on each stretch of this path.