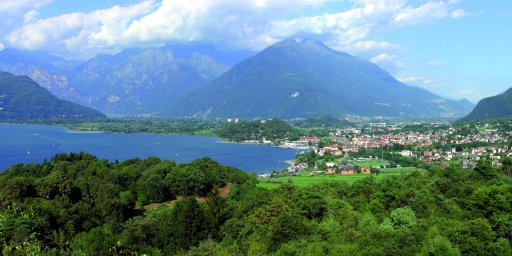 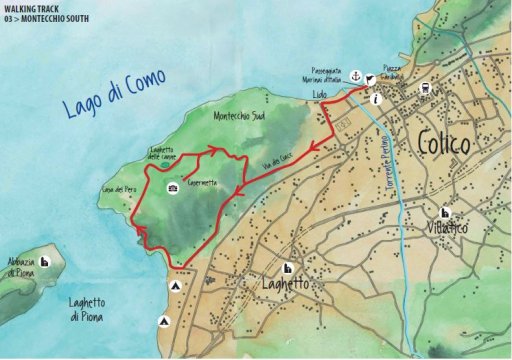 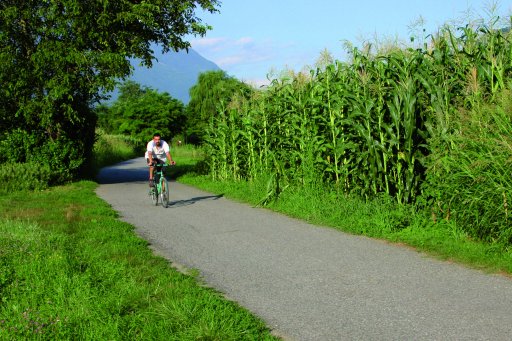 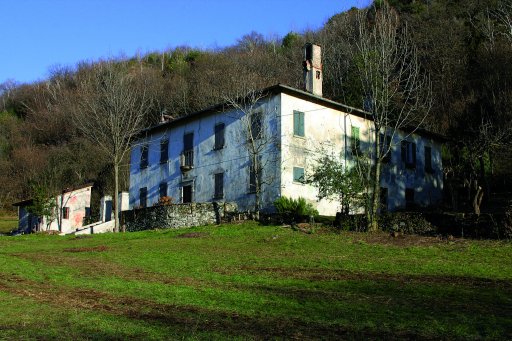 A scenic hike that takes you to discover Montecchio South. Oaks, Chestnut and Holly trees surround this relaxing walk in an unspoiled oasis of peace and silence, and, only one step away from the centre of Colico.

The route starts from the port of Colico, in Piazza Garibaldi. With the lake behind you, turn right on the sidewalk in the porphyry Passegiata Marinai d’Italia until you reach to the beach ‘Lido’; from here turn left uphill into Via Lido. Directly before the railway underpass, turn right into Via dei Ciacc, continuing on for about 1.7 km until Via Logasc. Turn right towards the lake, and then right again along the characteristic avenue of plane trees. The reference for this path is the trail CAI 8. After crossing over the marina on the northern end of the beach, the path begins a slight climb that leads quickly to the large lawns of ‘Casa del Pero’. Keep left at the fork in front of a gate, and shortly after right along the roadway. From here you will see signs with red and white paint indicating to turn towards the left, to enter the forest. The path travels downhill between rocky outcrops on the slope that leads down to the lakeside. The route is always well marked and maintained by volunteers of the CAI - Club Alpino Italiano section of Colico. Upon reaching a wooden fence, the signs clearly indicates to proceed to the right, rising until it runs alongside a ditch and then the picturesque view of a pond called ‘Laghetto delle Canne’ to the left. Further along the trail flattens and you meet a wooden fence (left) and a trail sign pole: keep right (directions CAI 8/A) reaching, with a short but steep climb, the small barracks used for the artillery adjustment of Fort Montecchio North and just a little ahead the massive iron trigonometric point (334 m). From the top of the hill, take a moment to enjoy the magnificent view spanning 360 degrees from the lake to Valtellina and Mount Legnone.
After the digression, take a right turn towards the trail sign pole, (signposted CAI 8 Colico / Sentiero dei Forti). From here you descend along a path bordered by stone walls and reach a wide dirt road, turn right. After about 100 metres crossing again Via dei Ciacc, heading left towards Colico. At the intersection with Via Lido, turn left and upon reaching the beach and continue right towards Piazza Garibaldi.