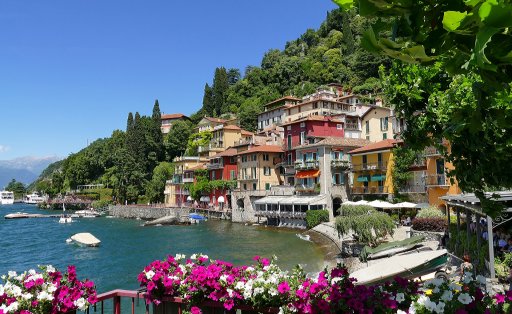 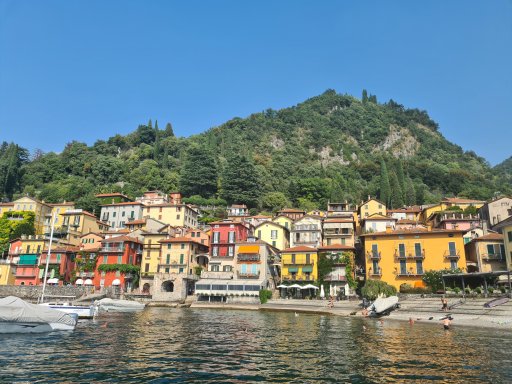 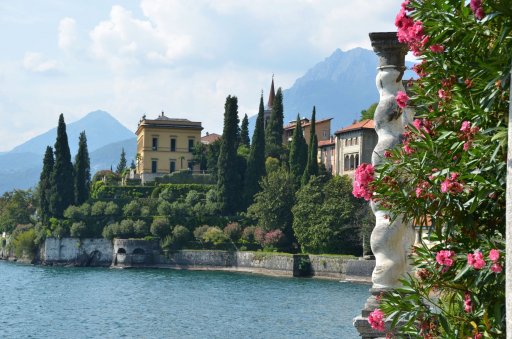 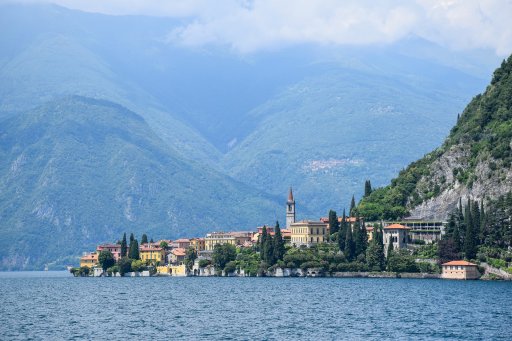 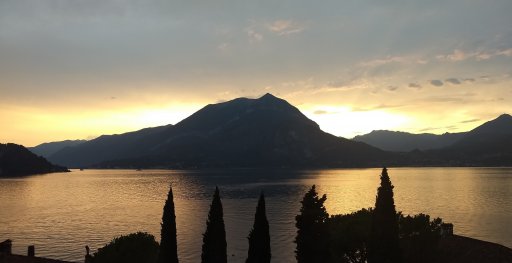 Are you an eternal romantic? Varenna could be the right choice. Varenna is located on the eastern side of Lake Como and it’s a picturesque fishing village. It is divided into a grid of streets that steeply slope down towards Lake Como, where the houses are reflected in the water and where you can enjoy an amazing view over Bellagio e Menaggio. During the ten year war the village fought against Como and formed an alliance with Comacina Island, offering shelter to the island's refugees after it was destroyed.
Varenna is rich in art treasures, like Villa Monastero, Villa Cipressi, the parish church of San Giorgio, the ancient Church of S. Giovanni Battista and the Castle of Vezio, which dominates the village from above.
Walking along its alleys and along the famous "Lovers walk" , it is possible to discover its most beautiful hamlets and the most secret corners, taking also the pleasant walk "Greenway of the Patriarchs".
For those interested in taking a side trip, visit the nearby village of Fiumelatte (river of milk), named for the white foam of the seasonal stream that flows only in the spring from a cave and spills into Lake Como a short distance ahead.

Villa Monastero
Villa Monastero was a Cistercian nunnery dedicated to the Holy Virgin, built at the end of the 12th century in conjunction with the nunnery of Acquafredda in nearby Lenno. The first owners of the house were the Mornico family from Valsassina. The property still has its original 17th century structure, as shown by the airy loggia looking out onto the lake. Inhabited by several owners,  It was Walter Kees, a German businessman, who lent the Villa the Nordic, eclectic appearance we can see today. Mr Kees renovated the property between 1897 and 1909 and extended the garden to its current dimension. In 1918 the Italian State confiscated the Villa to pay its war debts. In 1925 the De Marchi, a Milanese family of Swiss origin, bought the Villa and donated it to the State in 1939. In 1940 the Garden was opened to the public, while the conference centre was opened in 1953. In 2003 was founded the House Museum, consisting of 14 rooms, complete with original furniture and decorations, such as the Pool Hall and the Music Hall. In 2009 it was bought by the Province of Lecco.
Villa Monastero is surrounded by a Garden with several rare botanic and exotic species. The Garden, being set up in terraces, has been structured in different patterns over the years yet maintaining a main recurring theme. When you walk through the park, you have the opportunity to admire the beauty of architectural elements like statues, small temple, bas-reliefs and fountains scattered in the park.

Villa Cipressi
Villa Cipressi is a complex of buildings and gardens, rich in history, built mainly between 1400 and 1800. The dwelling has significant architectural elements of the Renaissance, to which have been added valuable neoclassical parts. It was the property of the noble Serponti family (1163), of Baron Isimbaldi (at the end of the eighteenth century), of the Andreossi family, who took care of the Park, of Sir Astley and Sir Salton (at the beginning of the twentieth century) and finally of the publisher Accame. In 1980 it was purchased through a public voluntary subscription by the people of Varenna for a public use.
Owned by the Municipality of Varenna, actually it is an Hotel and Meeting Centre managed by the group R Collection Hotels organizing great renovation works maintaining the magic of its history and providing all the modern comforts.
Villa Cipressi put at the disposal of its guests the possibility to visit, through a botanic pathway, its century-old gardens with tiered terraces till the lake, containing plants of rare beauty and of worldwide botanical importance. The garden tells the biodiversity of each area of ​​the country, a mix of contemporary architecture and ancient gardens.

Vezio Castle
Vezio Castle, one of the most beautiful castles at Lake Como, stands on top of the promontory overlooking Varenna in a strategic position controlling the central area of the lake. The origin of the fortification is not clear, the place name of Vezio is probably of Roman origin, although several writers believe that the beginnings of the Castle date back to Late Antiquity.
In this old military outpost, you can visit the gardens, the dungeons and the walls, wander among the works of art, climb the tower that contains a permanent exhibition about the Lariosaurus and from where you will enjoy a magnificent 360 degree view of the lake.
The castle hosts a falconry with diurnal and nocturnal birds of prey. With good weather, their training is usually held in the garden of the castle, allowing visitors to take pictures, see the birds up close and hear the history of falconry, its modern use, and information on the birds’ biology and training. The birds of prey can be seen in the garden on the days in which demonstrations are held, after which they are put inside their night shelters.