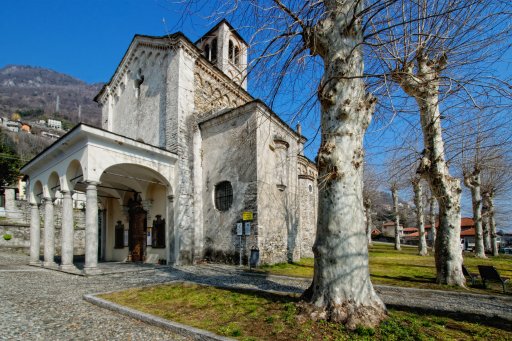 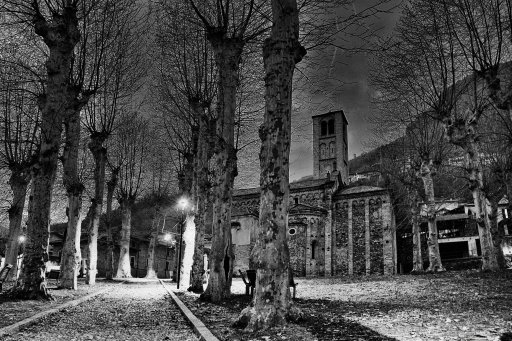 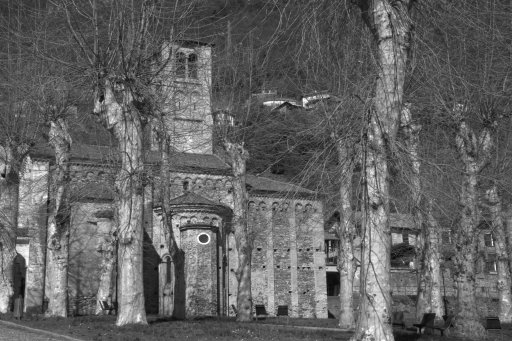 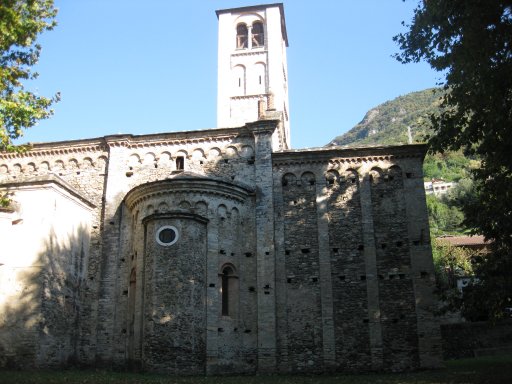 The church was built in Gravedona ed Uniti in 1248, in an elevated position compared to the inhabited area; according to tradition, the church was built in the place of the martyrdom of the two saints (Gusmeo and Matteo), where previously there was a church dedicated to San Fedele. In fact, in 286 after Christ, Maximilian, persecutor of the Christians, ordered the extermination of the inhabitants of Thebes area for refusing to offer sacrifices to the gods. Fedele and Gusmeo managed to escape from this massacre: the first one went to Samolaco - then executed where currently rises the Sanctuary of San Fedelino -, while the second one took refuge in Gravedona ed Uniti.
The place where the bodies of Gusmeo and Matteo had been laid were forgotten until 1593, when Monsignor Ninguarda, during a pastoral visit, recovered the holy relics and put them in a copper box. Then, he relocated them to the original place of discovery waiting to place them under the high altar; this happened later, in 1637. On the beautiful artistic white marble urn, containing the relics of the saints, this inscription was engraved: "Here lie the bodies of Saints Gusmeo and Matteo, martyrs: which, from the middle of the temple, were transported by Mons. Lazzaro Carafino, Bishop of Como, in 1637".
The church was initially builded in 1248. It resembled that of S. Maria del Tiglio (St. Mary of the Lime Tree), but much smaller and less elegant. Being however too narrow, in 1530 it was enlarged. In 1533 the new enlargement works began. in 1606 Giovanni Mauro Della Rovere, called "Il Fiammenghino", painted the very valuable "God the Father in Glory" among musician angels, still very well preserved and in dazzling colors. The artist's beautiful works are the three large canvases placed in the choir that represent the martyrdom and the invention of the Holy Martyrs. On the left wall we can observe "The preaching of Saints Gusmeo and Matteo", in the middle "The Martyrdom" and on the right the "Recognition of the bodies".
The sacristy was completed in 1609, the bell tower in 1616/17 and the pronaos and the main door in 1700. The church remembers the two Holy Martyrs every year, on September the 11th.