The walk round Colico's Forts

The walk round Colico's Forts 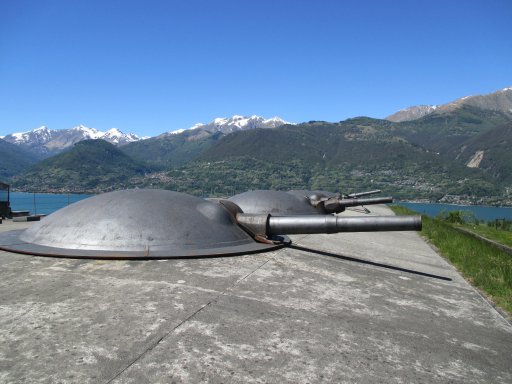 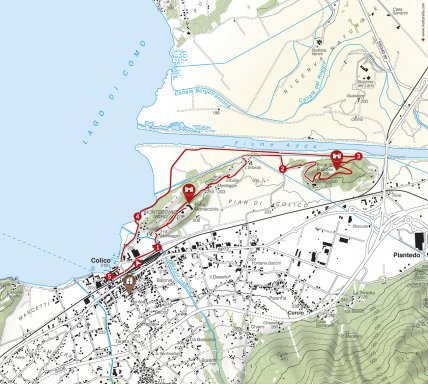 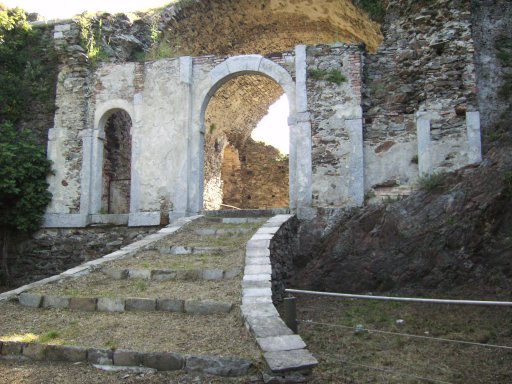 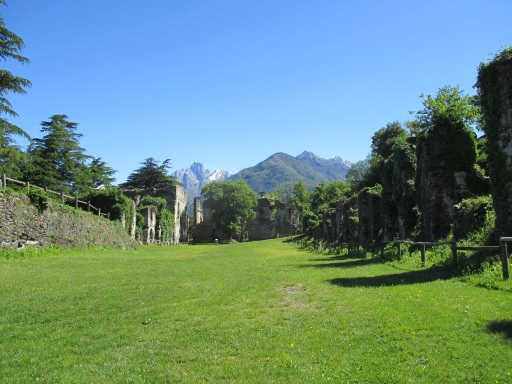 A walk which goes round “Montecchi”, the hills that border the lake and Colico’s territory. On the first hill we find the Lusardi fort, a fort from the first world war which is the best preserved in Europe, on the second there is Montecchio where you can see the ruins of the Fuentes Fort, an impressive stonework which was built in 1603 by the Spanish to defend their territory from the Swiss Grigioni.

Starting at the train stazione in Colico, go under the railway underpass (to the left of the Stazione bar) that comes out at viale Padania. Go right following the asphalt road and after 500 mts, turn left on the road that takes you out to the Lusardi fort, shown by a large signpost and the signpost CAI “Sentiero dei forti” (1). After the little bridge (note on the left hand side the two towers from XII century) the road goes uphill to the top of the hill entering into the wood. At the cross roads continue on the right until you come to the first fort. At the end of the interesting visit to the fort (info: +39 0341 940322), go back to the cross roads and go right on the rough track (signposted “Erbiola / Forte di Fuentes”); you come to a clearing in the woods and then a group of houses at the bottom of a short downhill section. Near the last houses the road gets narrower becoming a footpath, go left downhill on a track bordered by dry stone walls. The view now opens out to see Montecchio and then the Valtellina while the footpath continues winding round some houses and some cultivated fields with gardens and vineyards. When you go past the last rocky part of the hill the footpath comes onto a rough road, go left towards Erbiola (signposted “Canale Borgofrancone / Forte di Fuentes”). Go over the narrow canal with the little bridge, then go right, following the water course. After about 500 mts continue to the right passing another little bridge in cement, at the cross roads of Monteggiolo (2) go to the left, in the direction “Forte di Fuentes”, passing between the houses which are from the seventeeth century and recently renewed and carry on to get to the uphill section which brings you out at the fort, a noticeboard gives you plenty of information about the history of the spanish military complex. The road which is cut out of the rock comes to a large flat area, carry on right until you get to the entrance bar before the Piazza of the fort. You have to pay to enter the fort, if you don’t want to visit the ruins then you can go immediately to the end of the piazza where, between the church and the Palazzo del Governatore, take the footpath CAI N° 9. At the next cross roads go to the left (signposted “Canale Borgofrancone / Foce Adda”), going up a brief stairway, then a section which is bumpy with roots and stone. Leaving Montecchio go across the little wooden bridge and go left (3), on the long cycle walk track which runs parallel with the Adda river (signposted “Foce Adda / Colico”). A little before the mouth of the river, the track goes left, curving round the slopes of the Montecchio Nord, so that you arrive at the other little bridge over the canal. The track passes between the two fences and ends in front of the camper area in Colico (4); from here go straight on the asphalt road that comes to the Nautical centre and the ZTL - traffic limited zone - of the play area. Passing on the right of the paved “roundabout” and along the wooden walkway you arrive at the Colico Port and piazza Garibaldi. To go back to the station, exit from the piazza at via Sacco, in front of the port (5) and go left in viale Padania until the underpass that brings you back to the piazza at the stazione.

Notes
The route can only be done during the opening of the Fort Fuentes, because you have to crossed it. The access is not allowed outside the opening time.