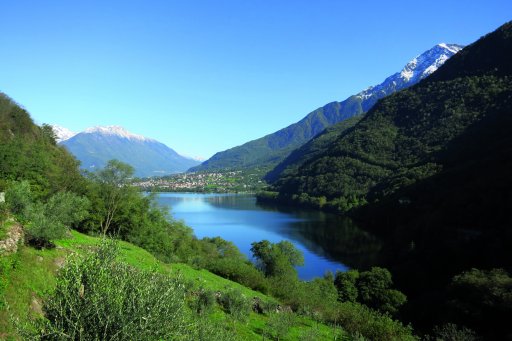 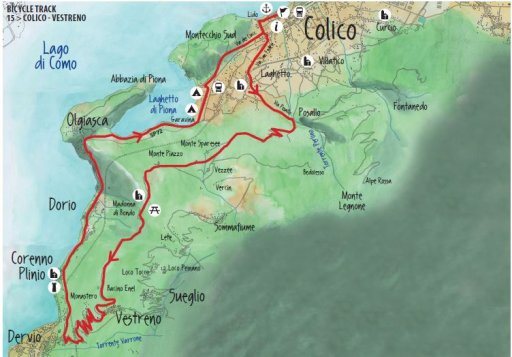 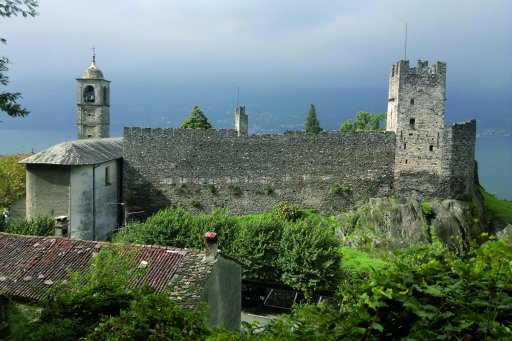 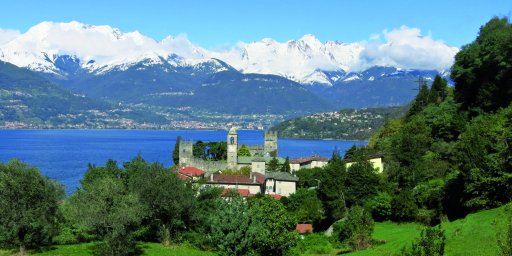 A circular route, very scenic but challenging and varied, from Colico to Vestreno through the Madonna of Bondo. Due to the presence of some sections of steep ascent, the route is recommended for well-trained hikers/riders.

Starting from the Pier of Colico, with the lake behind, proceed right into Via Lungolario Polti. Upon reaching the shore, turn left on Via Lido, cross the railway underpass at the roundabout and continue straight on the SP72 later right into Via S. Fedele to the church of Laghetto. At the Intersection steer left uphill, along a stretch of cobblestones and turn right towards Posallo; at the fork continue left, first in Via Fumiarga, then Via Posallo. A climb of about 1 km leads to the town Posallo: right at the fork continuing to follow the directions for Sentiero del Viandante. The street with concrete bottom is initially very steep, then it becomes more level. At the junction with trail sign pole abandon the signs of the ‘Viandante’ and turn left towards Vezzée / DOL (signposted); another tough climb leads to the fork for Monte Piazzo / Madonna di Bondo facing right. It now meets a slight slope and the trail passes alongside several farms before the last uphill that leads to the houses of Monte Piazzo (now pedaling on a slight slope) and the church of Madonna di Bondo. In the following descent you come to the basin of ‘Enel’: the dirt road ends here and continues on the asphalt. At the stop sign turn right in Via Europa then, continuing downhill, you pass through the locations Comun and Grasagne, fraction of Vestreno, to reach the junction with the SP67 in Bondal. Continue to the right for about 3 km and, after passing the castle (now in Dervio), you will come to a roundabout, take the second exit for Via al Monastero (direction Sentiero del Viandante) and follow the road that later becomes a mule track with steps that engage with the SP72 opposite the Castle of Corenno Plinio. At this point we climb up the eastern shore of Lake Como crossing Dorio to arrive, after a gentle climb, in Olgiasca, descending alongside the Lake of Piona and leading to the entrance of Colico. At the intersection before the railway underpass turn left into Via Palazzo (indication Station FS / Piona), passing along the campsites and turn left at the intersection in Via Logasc; after about 100 meters turn right on Via dei Ciacc, then straight for about 1.7 km until turning left into Via Lido. At the bottom of the slope turn right to return back to Piazza Garibaldi.