Walking itinerary in the heart of Gravedona ed Uniti

Walking itinerary in the heart of Gravedona ed Uniti

Gravedona ed Uniti up to 5 Km up to 1 hour 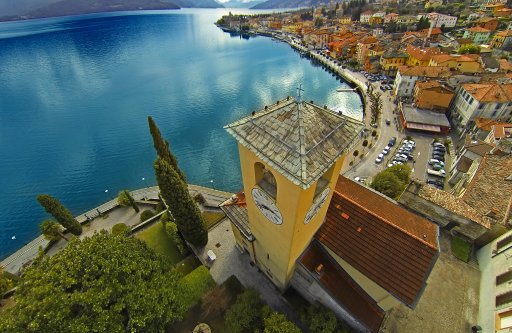 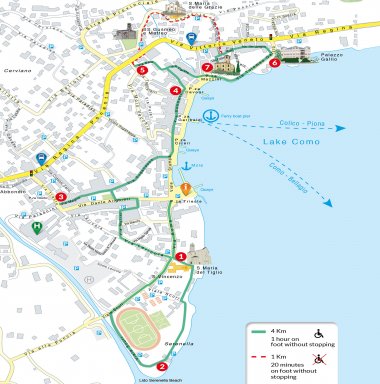 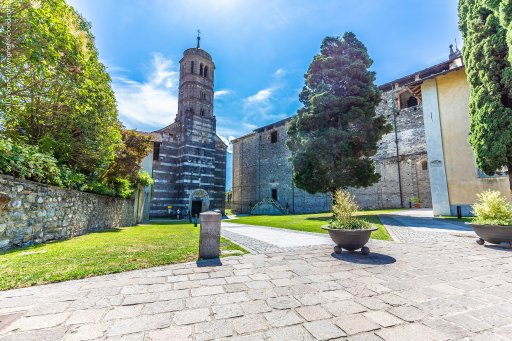 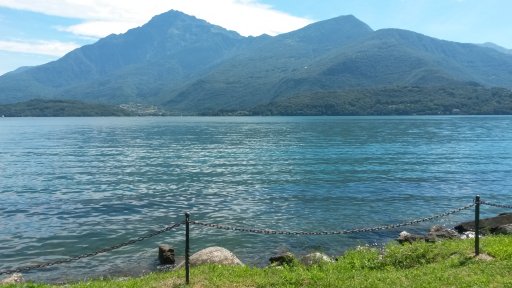 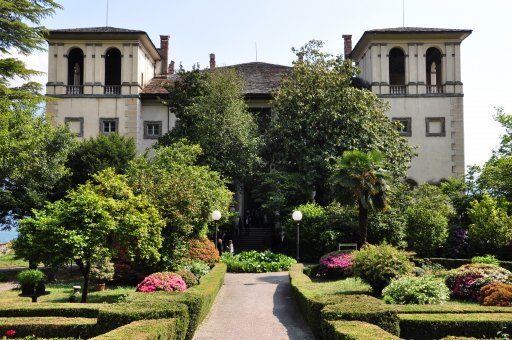 This itinerary connects the main historical and artistic treasures of Gravedona ed Uniti. The path is easy to follow and is also suitable for families and people with limited mobility.

Start from the InfoPoint at Gravedona ed Uniti, located in front of the marina in Piazza Trieste, and walk along Via Roma for about 300 m until you reach the “Area Sacra”, once a sacred pagan area which was then taken over by the Christian faith 1.
Here you can admire the Church of S. Maria del Tiglio, a beautiful Romanesque jewel erected in the second half of the 12th century on an ancient baptistry dedicated to St John the Baptist, the Parish Church of S. Vincenzo, built around 1050 on an early Christian building which preserves the crypt dedicated to St Anthony and some Roman altars.
Take the path behind the parish church, until you arrive in Viale Scuri, turn left and continue straight ahead. Pass the “Torretta Scuri”, which once belonged to Alessandro Scuri, an artist from Gravedona in the early 1900s, until you reach the beach of Gravedona ed Uniti 2. This area, called Serenella, has numerous sporting and recreational facilities such as a soccer field, tennis courts, swimming pools, athletics track and various pedestrian and bike tracks.
Return to the sacred area, and turn left into Via Laricola. Continue straight and then turn right into Via Mulini. You will come to Via Dante Alighieri, cross it and turn left into Via Maglio 3. Here you can see the wheel of the old mill, an important archaeological discovery that testifies to Gravedona’s important industrial past.
Follow Via Maglio and then Via Suganappa until you arrive at the beautiful lakeside promenade. We recommend taking a walk along Via Sabbati, a small but picturesque street filled with old shops that runs parallel to the lakefront. The “Tira su i cler” (“Raise the Shutters”) project was created to revitalise disused shops by using window displays to reconstruct historical businesses and ancient trades. Once in Piazza Cavour 4, turn left into Via Sale and proceed uphill to the small 18th century chapel, still venerated today, called “Gesiòò” 5.
Go back down Via Sale and at the first intersection, turn left into Via Carate, after about 150 m you will reach Piazza Mazzini. Continue on the left for about 200 m along Via Tolomeo Gallio (keep right) to the entrance of Via Ser Gregori, on the left side 6. On the right you can see the imposing Palazzo Gallio, built in 1586 at the behest of Bishop Tolomeo Gallio to represent the feudal power of the County of the “Tre Pievi” (Three Parishes).
Continue along Via Ser Gregori, in the “Contrada degli Orefici”, so called because in the Renaissance the Ser Gregori family produced liturgical and devotional furnishings here, until you reach the old town of Gravedona, called “Castello” 7. It’s full of small squares, houses leaning against each other, alleyways and steep and endless stairways that plunge into the blue of the lake. You can also admire the remains of the old castle walls and the Belvedere, called Pra’ Castello, which has an enchanting view of Lake Como. Worth  noting among the elegant old buildings, in Via Volta at number 2, is the house where Alessandro Volta stayed.

Optional extension (1 Km - 20 minutes on foot without stopping)
You can extend the itinerary to discover the two beautiful churches of SS. Gusmeo e Matteo and S. Maria delle Grazie, situated in the upper part of the village. From Gesiòò di Via Sale (5) climb up to Via Regina, turn right and cross it. After walking up a cobbled stairway, you will come to the Church of San Gusmeo e San Matteo, which contains frescoes by Fiammenghino. Continue uphill to the Church of S. Maria delle Grazie, richly decorated with frescoes dating back to the late fifteenth/early sixteenth century. This extension is not suitable for people with disabilities as it has stairs and steep uphill sections.