Strolling through the districts of Gera Lario

Strolling through the districts of Gera Lario 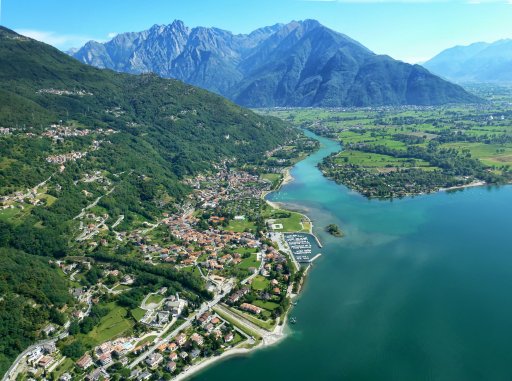 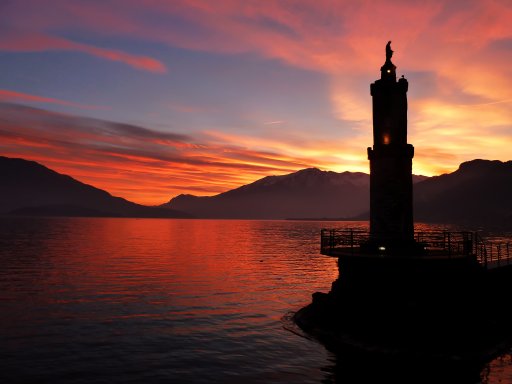 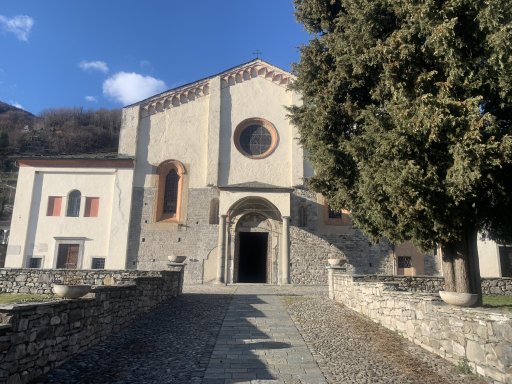 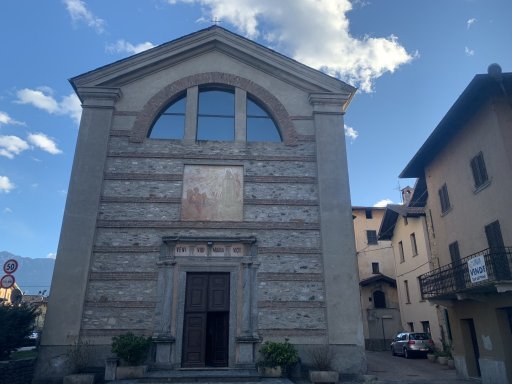 This walk will introduce you to the centre of Gera Lario by strolling through its wonderful districts, rich in tradition and devotional frescoes. The route is very simple and is suitable for families and people with reduced mobility.

The starting point of the itinerary is the InfoPoint of Gera Lario, located in the Piazzale del Porto. Head in the direction of the pier towards the mouth of the San Vincenzo stream. On the lakefront, there is a bronze monument dedicated to Pierangelo Conti Manzini, an Italian rower born in Gera Lario, who won a bronze medal in the coxless fours event at the 1968 Summer Olympics held in Mexico. The monument celebrates the exploits of all rowers.
After a short distance, you will reach the Cappella dell’Alluvione and the Votive Lighthouse 1. These structures were built in 1957 in memory of the victims of the 1951 flood. The lighthouse, surmounted by a Madonna, marks the shore of Gera Lario and has become its symbol.
Continue along the road for about 200 metres until you reach the San Vincenzo stream, where you can enjoy a beautiful view of the lake. Take the little road on the right and go up the waterway to the Regina State Road, turn left and continue until you reach the pedestrian crossing. Cross the road to get to the Church of S. Vincenzo 2. The cobbled avenue, flanked by cypresses and among whose flowerbeds stands a statue dedicated to Padre Pio, culminates with the Romanesque Church, built between the 11th and 12th centuries where a Roman villa once stood. It is home to an important series of frescoes depicting the life of Saint Vincenzo and other saints.
Go back to the Regina State Road, keep left and cross the bridge. At the crossroads, go up the road that  leads to Montemezzo and Bugiallo for about 100 meters, then turn right into Antica Via Regina, testimony of the Roman presence in North Lake Como. Continue for a few meters until you come to a chapel 3 on the right with a fresco depicting S. Martino, an angel and offeror kneeling before Mary 3. The chapel was built as a grace received by a family from the village after the flood of 1951.
Continue along the road for about 200 meters. On the right, there is another votive chapel representing S. Antonio holding a lily. Continue for a few steps until you reach the crossroads with Via Malcantone, just under the fresco of a Madonna of the Rosary between S. Rocco and S. Rosalia: the saint has a crown of roses, the Virgin has a magnificent halo over her head while the Child shows the world. The cult for S. Rosalia comes from the emigration of the people of Gera to Palermo between the 16th and 19th centuries.
Enter Via Malcantone where you can admire an evocative glimpse of the ancients districts and a fresco depicting a Madonna of the Rosary crowned with the child on the clouds between a Holy Bishop and another saint.
Go back to the Antica Regina. A little further on there is a fresco of a Madonna and Child. The child’s attitude is quite unusual, standing with open arms on the Madonna’s knees. At the end of the street, on the left, there is another representation of the Madonna and Child. The Virgin oddly holds a rose with two fingers of her hand and the Child touches his big toe with one hand. The presence of numerous frescoes dedicated to the Madonna is linked to the propaganda conducted by the Catholic Church to stem the spread of Lutheranism from the neighbouring Grisons.
Also on the Antica Regina, but on the right, stands the Church of Our Lady of Fatima 4, built between 1630 and 1634 in the centre of the village to make it easier for the faithful to attend religious services.
Enter into Piazza IV Novembre and continue until you get to Piazza Barilani 5 where you can see several devotional frescos decorating some private homes. In particular, there is a fresco depicting Christ on the Cross between the Virgin Mary and a kneeling offeror, which is linked to the miraculous Crucifix of the church of the same name in Como, a fresco depicting the Holy Family, a typical subject of the ancient families respectful of the patriarchal tradition, and a fresco of a Madonna and Child crowned by Angels. An unusual aspect of the latter fresco is that the child is standing and holds up the world, while the Virgin Mary shows an open book. At the end of Piazza Barilani there is a fresco of Saints Sebastiano and Rocco and an offeror, to invoke protection from plagues.
Cross the road and continue to the middle school of Gera Lario. Turn right into the paved road, which is also used as a bike path, and continue to the port. Along the road, there is a sports area with tennis courts, soccer field, municipal playground and a beach on one side, and bars and restaurants on the other. Go back to the InfoPoint where the route ends.