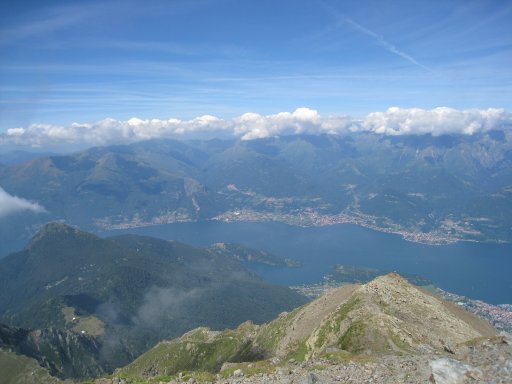 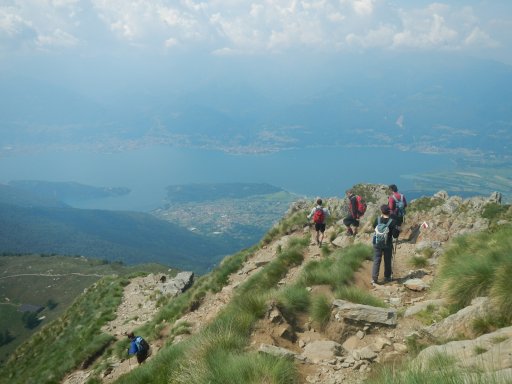 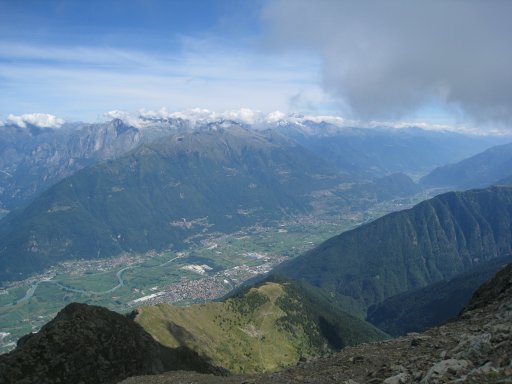 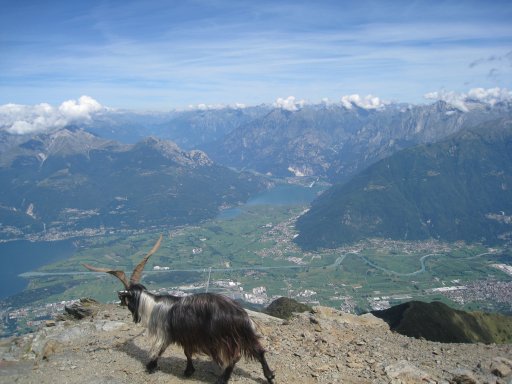 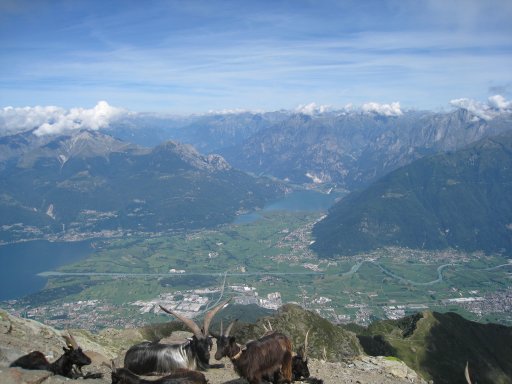 How to get there
To get to the Rifugio Roccoli Lorla by car starting from the Alto Lario: from the centre of Colico continue along the SP72 provincial road to Dervio, then take the SP67 provincial road that leads to Val Varrone. Once in Tremenico, turn left and continue along the main road following the directions to the Rifugio. From here the road becomes very narrow, but asphalted and leads to the plain where the Rifugio is located.

At 2,609 meters above sea level, Monte Legnone is the highest peak in the province of Lecco and in the westernmost sector of the Alpi Orobie (Orobie Alps). Its imposing silhouette dominates the plain of Colico and the Alto Lario and represents the watershed between Valtellina and Val Varrone, adjacent to Valsassina. It has a beautiful pyramid shape with regular lines, and offers a stunning view over the entire surrounding Alps.

Route
Take the path behind the Rifugio Roccoli Lorla (1463 m) that leads to Monte Legnone. After a short descent, follow the signs for Agrogno, continuing along the path that begins to slope upwards into a larch wood. Near the first hut, the path becomes flat and leads to the Alpe Agrogno (1644 m). After a few flat stretches, the path becomes steeper, and climbs up in a zig-zag movement until it reaches the point where the ridge thins out and becomes exposed, but there are fixed ropes to help you. After passing the spur, you arrive at the pass called Porta del Merli (2129 m) and shortly afterwards the plateau where the Bivacco Silvestri (also called "Cà de Legn", 2146 m) is located. After the mountain cabin, the path becomes steeper and rockier. There are a series of steel ropes in some stretches to make it easier to reach the area where the west ridge meets the north ridge, indicated by a sign. Continue climbing towards the peak along the ridge which is secured by fixed cables due to its exposure and climb over the last few rocks. Just a few more minutes walking and you reach the large cross on the summit (2609 m, 3 ½ hours from the Rifugio), where you can admire most of the Alpine arch, from Monviso all’Ortles, passing through the spectacular Disgrazia, the peaks of Val Masino, the Mera Valley, and of course, Lake Como.
Go back to the starting point via the same path you came up on.

Notes
The hike to Monte Legnone has a difficulty level of EE (expert hikers) and consists of a long uphill climb, mostly steep with some exposed and rocky sections equipped with ropes and fixed steps. Climbing is not recommended in the presence of snow and ice.
The Mountain is affected by northern winds that blow from Val Chiavenna, which can make the climb difficult on particular days, but the intensity frequently drops during the day.

Warnings
Check the weather forecast before starting your hike.