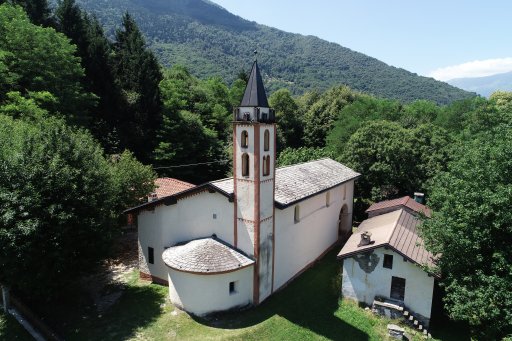 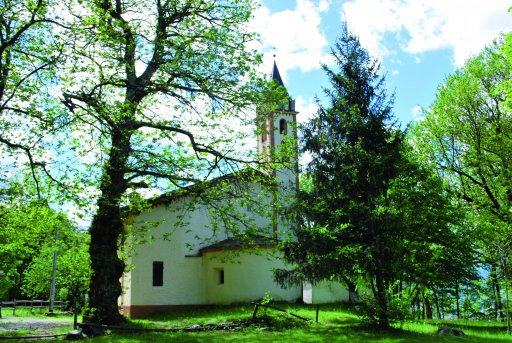 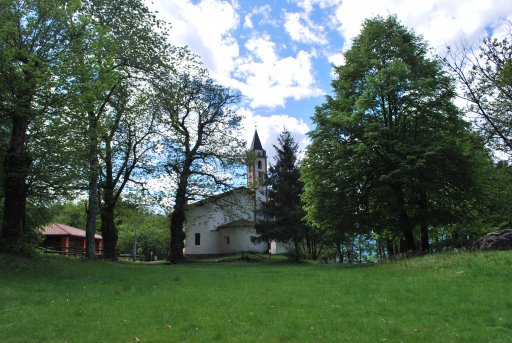 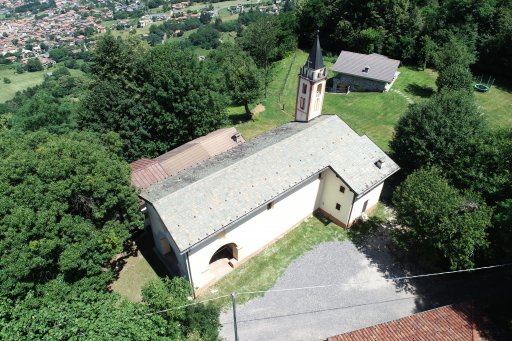 The small church is located on the slopes of Mount Legnone, in a wooded area about 500 metres above sea level, almost halfway between the two rivers that cross the territory of Colico and flow into the lake: the Perlino and Inganna. Although at present the building looks as though it has never been occupied permanently, it was once a passing point along the route which linked the towns and villages of the eastern shore of the lake with the valleys of the north and the rich cities beyond the Alps. This ancient road was recently rediscovered and reactivated as the Sentiero del Viandante (Path of the Wanderer), and is now very popular path amongst trekking, nature and history lovers. The temple, which also served as rest stop for travelers and pilgrims, was originally dedicated to the martyr St. Sebastian, later to St. Rocco, who was invoked as a protector against the plague and natural disasters. We can assume that it was built following a vow to the saint in gratitude for having protected the community or as a pledge to protect it from the contagion of the plague.
The Romanesque building, enlarged and modified in later centuries, was originally constructed in the 15th century, although the written documentation on the ancient church of San Sebastiano only starts from 1582. The temple contains some fine frescoes on the walls: the Martyrdom of St. Sebastian and the ‘Last Supper’. In addition, there is a preliminary sketch depicting St. Rocco and St. Sebastian standing beside the Virgin and the Trinity. The oldest frescoes, from the 15th century, are in the apse, the centre figure of Christ Pantocrator inside the almond iridescent surrounded by many angels and the four evangelists depicted in their symbolic forms, human figures with large wings and over the head of their traditional symbol. On the sides are the prophets Jeremiah and Isaiah, votive frescoes of St. Anthony; lower St. Sebastian, St. Agnes and St. Bridget. Inside the temple there is also a wooden statue representing the Saint distinguished by its iconographic symbols: an uncovered and wounded leg (indicating that he was hit by the plague and later recovered), the walking stave (‘bordone’) with a hanging pumpkin to hold water, the shell symbol of pilgrimage to Santiago de Compostela that refer to its vocation of pellegrino, and the faithful dog who provided the retreated sick with bread.
From the hill in front, take a moment to enjoy the magnificent view of Lake Como and Colico.
Each year, on August 16th, we celebrate the popular festival of the church of St. Rocco.

Opening times
From 26 June to 28 August open on Sundays: 2pm - 5.30pm
In case of bad weather the church will be closed.