Discovering the beauty of Colico

Discovering the beauty of Colico 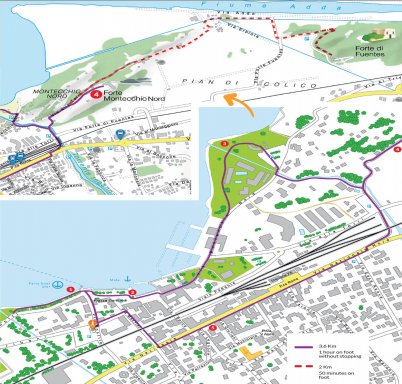 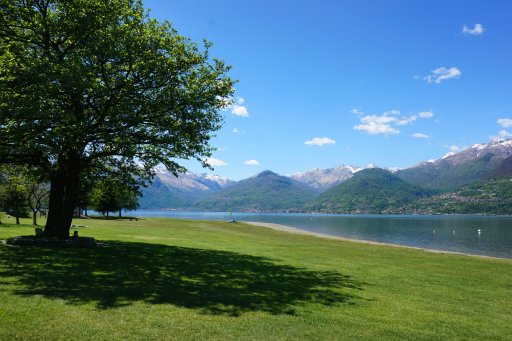 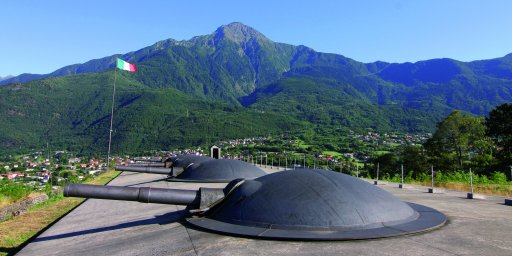 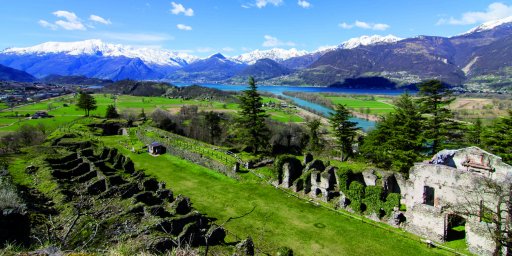 This itinerary aims at introducing you to Colico, a town that has always played a leading role in the history of North Lake Como thanks to its strategic position.

The route starts at the Infopoint of Colico, located in Via Pontile next to a large carpark. Walk down Via Pontile in the direction of the lake until you arrive in front of the landing stage, built in 1907 in Art Nouveau style. Turn left into Via Lungolario Polti 1, a lakeside promenade offering a beautiful view of the entire Alto Lario, and continue until you reach the mouth of the Perlino stream. Retrace your steps and on the right you will see the Monumento ai Caduti del Mare (Monument to the Fallen Heroes Lost at Sea), and after about 200 metres you will reach the landing stage. Walk across Piazza Garibaldi 2, the beautiful “living room” of Colico embellished by a large fountain on the right, to the porticciolo (small marina). Built at the beginning of the 19th century, it was enlarged several times and played a crucial role in the commercial exchanges of the time, becoming an important connection for traffic between the lake and land.
Proceed along Via Montecchio Nord, go past the playground and the intersection with Via alle Torri and continue on the left side of the road, walking on the pedestrian path. After about 140 metres, turn left onto a dirt road that crosses Spiaggia La Breva, a wide grassy expanse where you can admire a beautiful view of the Lake. Cross the small wooden bridge over the Inganna stream and you will find Spiaggia L’Ontano 3, whose name derives from the decade-long presence of an alder tree. Thanks to “La Breva”, Lake Como’s characteristic wind that blows from north to south, this area is a paradise for kitesurfers, windsurfers and lovers of water sports.
Turn right, cross the large car park and turn right again. Immediately after the bridge, take the path on the left that coasts along the Inganna stream for about 250 metres and leads to the intersection with Via alle Torri. Turn left and walk up along the carriageway that goes through the woods and reaches Forte Montecchio Nord. At the top left you can see the two medieval towers (not accessible to the public) which are part of the Alto Lario fortification line built at the behest of Bernabò Visconti in 1357. After walking for about 5 minutes, you will come to Forte Montecchio Nord 4, Europe’s best preserved First World War fortress built on the defensive line of the Northern Frontier, towards Switzerland.
After an interesting tour of the fort (check opening times), retrace your steps, going down the same way you came up. At the intersection follow the directions for “Sentiero Valtellina” until you reach Via Forte Fuentes. Cross the road and head down Via Roussellin, walk through the railway underpass (be careful!) and after a short uphill stretch you will come to Via Nazionale, the main road. Cross on the right at the pedestrian crossing and walk on the sidewalk following the signs for “Sentiero Valtellina.” After about 220 metres, you will arrive in front of the Colico Railway Station, originally connected directly to the port by a junction and already an important railway junction at the end of the 19th century after the opening of the Colico-Sondrio, Colico-Chiavenna and Colico-Lecco lines.
Continue along Via Nazionale among the many shops, bars and commercial activities until you reach Piazza S. Giorgio 5, a historic piazza in the heart of Colico Piano. Characterised by a fountain with a simple shape installed in 1880, the piazza is dedicated to the patron Saint Giorgio and originally housed the church of the same name, which later moved to its current location further north, and the town hall.
After a few steps, on the left you will see the imposing Villa Polti, which once belonged to the senator of the Kingdom of Italy, Achille Polti. Continue for about 80 metres, cross the road on the stripes and head down Via G. Mazzini, staying on the right side of the carriageway. After about 150 metres, walk slightly downhill and turn left into Via Michele Ghisla Patriota, returning to the Colico Infopoint where the itinerary ends.

Optional extension (2 Km - 50 minutes on foot without stopping)
For those interested in visiting the other fort in Colico, Forte Fuentes, before the intersection that leads to the entrance of Forte Montecchio Nord (5) turn left following the signs for “Erbiola/Forte di Fuentes”. Cross a clearing in the woods with some houses and then take the path on the left that runs along the slope of the hill. Once on the dirt road, turn left following the sign for “Canale Borgofrancone/Forte di Fuentes.” Cross the canal with a small bridge, turn right and after about 500 metres turn right again, passing a small bridge. Continue straight ahead and at the intersection with Monteggiolo turn left, following the directions for “Forte di Fuentes” until you reach the entrance of the fort (check opening times). Adequate footwear is recommended.